The eSports revolution has taken hold worldwide—and Canada is emerging as a major player. The industry has exploded in recent years, drawing investments from professional sports organizations and celebrities. It’s no surprise as the stakes are high. Consider the fact that a 16-year-old won USD $3 million in prize money at the most recent in-person Fornite World Cup. Or that the 2019 Dota 2 winning team took home USD $15.6 million in prize money. To put it into perspective, the 2021 Masters winner Hideki Matsuyama took home nearly $2.1 million while and Novak Djokovic won $2.5 million for his sixth Wimbledon title.

This goes to show that the eSports revolution is in full swing, with high-stakes tournaments attracting tens of millions of spectators—more than globally hyped events like the Super Bowl. With massive revenues at stake, large sponsorships and multinational corporations involved in the industry, it’s quickly turning the heads of investors across the globe.

eSports is more than a bunch of kids playing video games in the basement. In 2021, industry revenues reached over USD $1.1 billion globally, with a year-on-year increase of 26.7%.  In Canada, the gaming industry is growing at an impressive rate. Each year, it contributes CAD $4.5 billion to the country’s GDP. In fact, eSports revenue in Canada increased almost 6.8 times between 2014 and 2018. Then there’s Canada’s deep digital talent pool. With close to 28,000 game developers in 700 studios, the gaming industry in Canada is turning heads.

Electronic sports, or eSports, is a form of organized sports competition using multiplayer videogames. Competitive video gaming events are held online or in-person at large eSports stadiums or venues. eSports is one of the global screen industry’s most innovative and high-growth sectors. The industry has exploded in recent years, with viewership gaining ground globally by 8% each year, up to an expected worldwide audience of 577 million by 2024.

What makes eSports different from traditional sports is the industry’s interest to large technology investors. eSports brings together a wide range of sectors to form a single industry. Its highly diverse ecosystem is made up of event managers, broadcasters, streaming platforms, leagues, sponsors, media organizations, associations, software developers, hardware companies and educational institutes.

eSports in Canada – an emerging opportunity

Canada’s online gaming ecosystem has steadily matured. With 61% of Canadians or 23 million people actively gaming in 2020, the eSports industry in Canada is on the rise. Combined with the country’s video games industry, the two are expected to produce USD $2.8 billion in revenues by 2023—an increase of 5.5% CAGR (compound annual growth rate). The eSports market in Canada is expected to undergo growth of 14.5% between 2018 and 2023, almost double the worldwide growth rate.

The gaming and game development industry touches almost every corner of Canada. From Corner Brook, Newfoundland and Labrador to Vancouver, British Columbia, hundreds of communities benefit from the sector, which directly supports approximately 182,500 jobs in Canada. Large multinationals such as Ubisoft, EA Games, Epic Games and Nintendo have expanded their operations in Canada, drawn by Canada’s highly skilled talent, welcoming investment climate and the low cost of doing business.

The strength of Canada’s game development industry means that many investors find the Canadian market a lucrative location to develop their eSports entities, particularly compared to the United States. Organizations like Ubisoft and EA Games not only support large game development networks in Canada, but they also are expanding into eSports to engage a younger population and find new revenue streams.

The industry is further bolstered by Canada’s exceptional VFX and technology sectors, which are at the leading edge of R&D, innovation and new technology adoption.

Many Canadian cities that are recognized as game development hubs are also rapidly developing eSports ecosystems. These include Vancouver, Montreal and Toronto. Other major centres, like Quebec City, Calgary, Halifax, Victoria, Edmonton and Saskatoon are actively getting in on the game.

Vancouver established an eSports Strategy to address gaps in the industry and to bring the ecosystem together in its vision to create the first eSports hub in Canada. Other major regions such as Toronto and the province of Alberta are working on similar strategies to meet rising demand and create investment opportunities.

Within the eSports industry, the fastest-growing revenue segment is the media rights sector. It’s anticipated to more than double by 2022, reaching USD $11 million. On the events and platforms side, Canada has increasingly become a regular stop on the international eSports circuit, with the capacity to host top-tier events. There are three major eSports arenas in Canada: The Gaming Stadium in Richmond, British Columbia, Esports Central in Montreal, Quebec and Amuka Esports in Toronto, Ontario. Cineplex eSports arenas are also under development across the country, with one operational in Toronto.

In February 2021, OverActive Media, the parent company to a number of eSports professional teams in North America and Europe, announced plans to build a new USD $500 million, 7,000-seat eSports and entertainment venue at Exhibition Place in Toronto by 2025. Various international expos and events have been held across the country, such as the Montreal International Game Summit, Enthusiast Gaming Live Expo, Game UX Summit, Rainbow Six World Championship and others.

In terms of active playing, three of the most popular eSports teams in Canada include Toronto Defiant (owned by OverActive Media), Lumosity Gaming (acquired by Aquilini GameCo Inc., which also owns the Vancouver Canucks and Rogers Arena), and Vancouver Titans. Traditional professional sports teams and franchise owners see the eSports industry’s potential. Many are rapidly entering the industry to create their own teams, as it helps build a regional base for investors and creates another local revenue stream.

Recent investments in eSports in Canada

Canada has seen a diverse range of investments enter its eSports ecosystem. Canadian celebrities such as Drake and the Weeknd have invested in leagues, while large corporations such as Nike and Twitch are collaborating with eSports event organizers through sponsorships.

The year 2020 saw the highest number of investments flow into the industry, according to PitchBook. The eSports industry raised more than CAD 2 billion through M&A deals and CAD 46 million through venture capital (VC) deals. Recently, Singapore-based Sea Group’s Garena, one of the world’s largest eSports platforms, acquired Phoenix Labs in Vancouver for USD $150 million to continue its shared vision of connecting gamers across the globe. PlayVS, an esports company that is bringing organized leagues to high schools and colleges, announced its first acquisition of GameSeta, a Vancouver-based startup. And U.S.-based Genvid Technologies, a developer of software tools for interactive eSports streaming, opened an office in Montreal in 2018.

The future of eSports in Canada

The year 2020 saw unprecedented growth in the gaming industry as a direct result of the COVID-19 pandemic. People were looking for a new way to enjoy sports and they found it online. As traditional sports shifted towards producing more online content, participants of eSports geared their interests even more to the sport. When many of the world’s industries slowed, the eSports industry grew.

In fact, Canadian adults, kids and teens alike increased their streaming of eSports during the pandemic. Up to 65% of adults and 78% of teens reported that playing video games during the stay-at-home pandemic measures improved their mental and emotional health. The sales of consoles also rose by 58% in 2020, with almost 250,000 units sold in Canada. These trends are expected to continue.

Canada has what it takes to attract investment and build a thriving eSports industry. From the emergence of eSports hubs to world-class game developers, eSports expertise, technology know-how, a thriving R&D environment and government support, Canada is poised for success in this industry. As the eSports phenomenon grows, investors, game publishers, brands and the media are watching with great interest. There’s little question the industry will continue to drive billions of dollars in new revenues in the years ahead.

To learn more about eSports in Canada or to discuss your investment project, contact us. 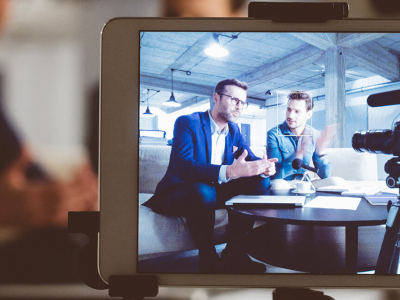 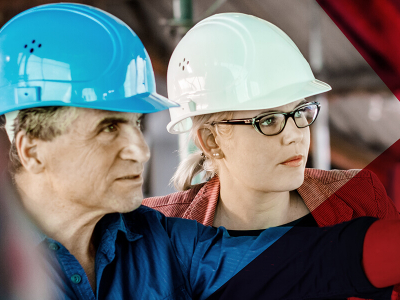 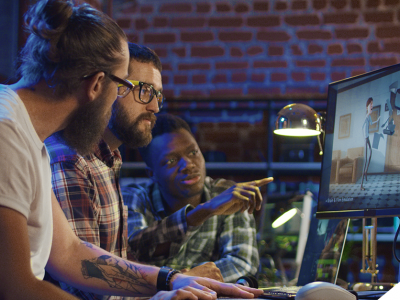 Film and television have collided with the tech industry because of the way audiences around the world are now consuming content. Find out how companies thrive in Canada.