Invest in Canada’s Board of Directors brings together accomplished industry leaders representing Canada’s most prominent sectors. Passionate about showcasing Canada on the world stage, they embody the best our country has to offer: innovative mindset, entrepreneurial spirit and strategic thinking. 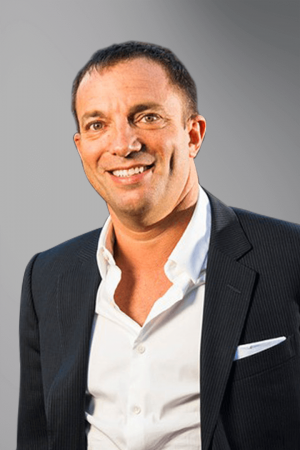 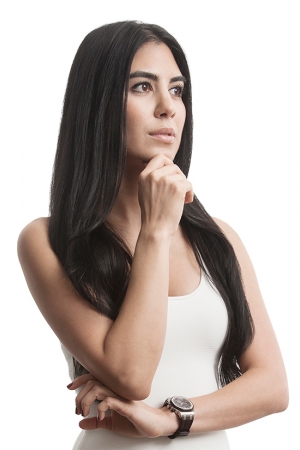 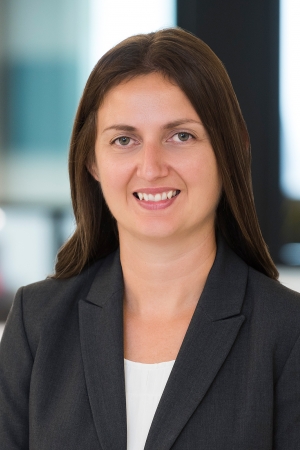 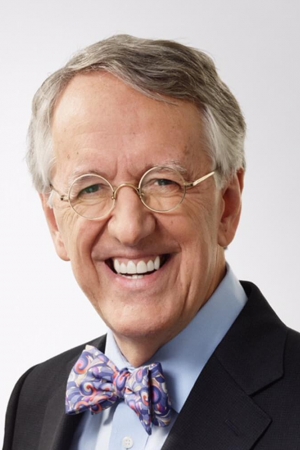 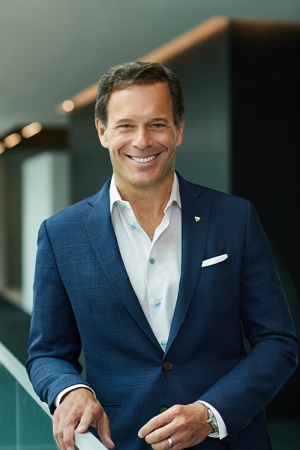 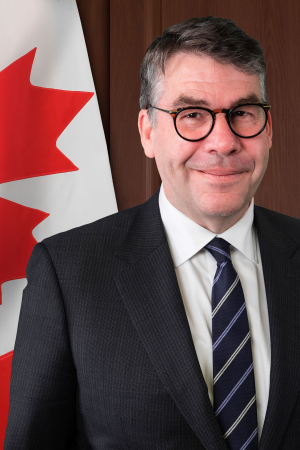 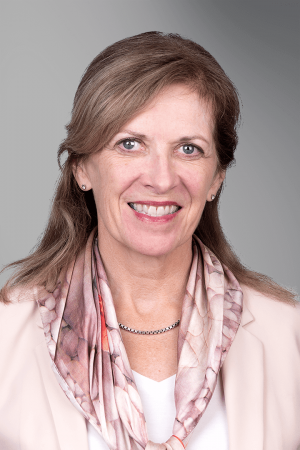 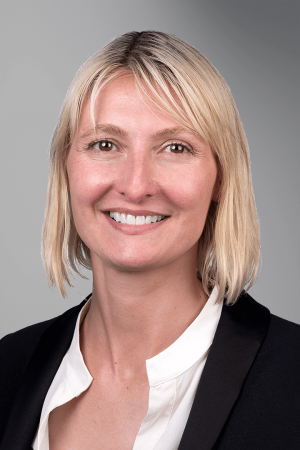 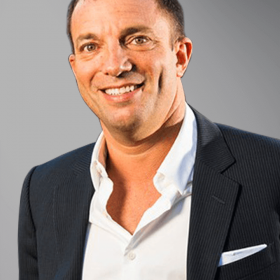 Mitch Garber brings his entrepreneurial spirit to his role as the inaugural chair of Invest in Canada. He will lead the Board of Directors responsible for overseeing the management of Invest in Canada, which also plays an advisory role to the Minister.

A lawyer by training, Mr. Garber is a Canadian business executive and philanthropist with significant experience leading international corporations as board chairperson, as well as CEO, of both privately held companies and those listed on the Toronto Stock Exchange, Nasdaq Stock Market and London Stock Exchange.

In 2009, he co-founded Caesars Interactive Entertainment and, as the chairperson and CEO, built the company into a world-leading game development company before it was sold to a consortium of Chinese buyers including Alibaba founder Jack Ma, in 2016.

With experience in Canada, the United Kingdom, the United States, Israel and Germany, he has developed a keen understanding of governance, finance, operations and many other facets of international business. For two seasons, he was a “dragon” on the entrepreneurship television show Dans l’Oeil du Dragon (Dragons’ Den).

Mr. Garber remains extremely committed to his philanthropic pursuits, which include chairing the advisory board of the Faculty of Medicine at McGill University, where he and his wife have established a post-doctoral fellowship grant in cancer research. He chaired the 2016 United Way campaign, raising a record $55 million. He also created the Mitch and Anne-Marie Garber Foundation, which focuses on education and health care. Fully bilingual, Mr. Garber holds a Bachelor of Arts degree in Industrial Relations (1986) from McGill University and a Civil Law degree (1989) from the University of Ottawa. In November 2017, he received an honorary doctorate from the University of Ottawa in recognition of his civic and business accomplishments. He is married to Anne-Marie Boucher, a tax lawyer and philanthropist, and they live together in Montréal, Quebec, with their two sons. 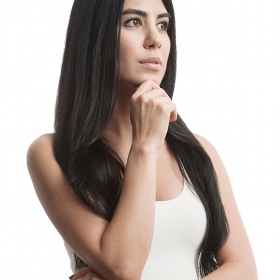 A known thought leader in the entrepreneurship, media and technology space, Shahrzad Rafati is the Founder and CEO of BroadbandTV (BBTV), a media-tech company that is advancing the world through the creation, distribution, management, and monetization of content.

Ms Rafati has built an incredibly successful company that has experienced phenomenal growth with a quadruple bottom line business that measures success not only on financial performance but also on employee, culture, social, community and environmental KPIs.

She actively pursues ways to encourage social change and is a champion for equality in all forms. She is passionate about job creation, education, and advancing opportunities for women, girls, and refugees. In September 2018, Prime Minister Justin Trudeau appointed her to represent Canada on the G20 Business Women Leader’s task force, a global initiative to drive actionable, measurable, and results-driven solutions to impact women’s economic empowerment.

She has been broadly recognized by industry and community groups for her contributions to the media industry and entrepreneurship. Most recently, she won the 2018 Ernst and Young Pacific Entrepreneur of the Year in technology, was named one of Canada’s top 40 under 40, selected as one of the Hollywood Reporter’s Most Powerful Women in Global Television, awarded Person of the Year by the British Columbia Technology Association and was named to TheWrap’s Innovators list. In 2014, The Vancouver Economic Commission appointed Shahrzad to its Board of Directors and the World Economic Forum welcomed Shahrzad as a Young Global Leader.

Shahrzad completed her BSc in computer science at the University of British Columbia and studied French at Université Paris Sorbonne (Paris IV). She is also a graduate of YGL Oxford Module: Transformational Leadership at Saïd Business School, University of Oxford and is actively involved with Founders Forum. 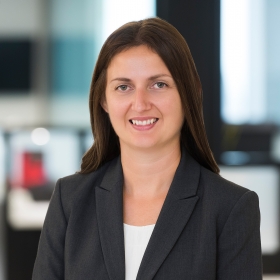 Effective May 20, 2021, Katie Curran has taken on the role of Interim CEO of Invest in Canada, succeeding inaugural CEO Ian McKay, who was named Canada’s Ambassador to Japan. As Interim CEO, she will lead Invest in Canada’s efforts to promote, facilitate and accelerate global investments into Canada and will continue in this role until a search for a new CEO is complete.

Ms. Curran previously served as Invest in Canada’s Chief Administrative Officer and is a core member of the Invest in Canada leadership team responsible for the successful launch of Invest in Canada. She has been instrumental in building Canada’s first federal investment promotion agency (IPA), ensuring Invest in Canada’s activities align with its mandate and establishing the foundations for excellence in governance and strong stewardship of resources.

Prior to joining Invest in Canada, Ms. Curran held a range of senior roles in talent consulting and human resource management in both the private and public sector.

Ms. Curran holds an MBA from Telfer School of Management and a B. Com. in Human Resource Management from the University of Ottawa. 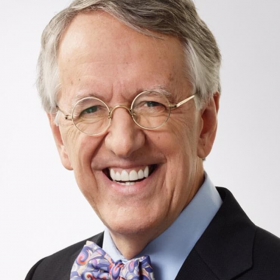 Because of his unrivalled knowledge and expertise, clients turn to Mr. Addy as lead counsel for their most transformative and complex structural initiatives and issues surrounding business conduct. He advises on foreign investment matters involving the Investment Canada Act and related sectoral control legislation and anti-corruption matters, as well as the full range of civil and criminal practices governed by the Competition Act. He regularly consults on issues related to internal investigations, compliance programs and search warrants, including dawn raids.

Prior to joining Davies, Mr. Addy was head of the Canadian Competition Bureau and a senior executive in the telecom sector. He is a board member at the Canadian Chamber of Commerce and has lectured at the University of Ottawa Faculty of Law.

Mr. Addy earned the Institute of Corporate Directors ICD.D designation in 2006 and has his LLB and BA from the University of Ottawa. 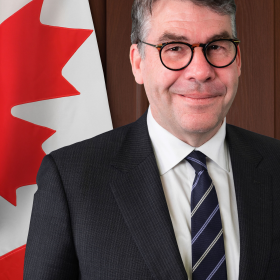 Until December 2014, Mr. Hannaford was the assistant secretary to the Cabinet for foreign and defence policy in the Privy Council Office. Prior to December 2011, Mr. Hannaford was Canada’s ambassador to Norway. Before that, for two years, Mr. Hannaford was director general of the Legal Bureau of the Department of Foreign Affairs and International Trade. As a member of Canada’s foreign service, he had numerous assignments in Ottawa and at the Canadian embassy in Washington, D.C., during the early years of his career.

Mr. Hannaford graduated from Queen’s University in Kingston, Ontario, with a Bachelor of Arts (First Class) in history. After earning a Master of Science in international relations at the London School of Economics, he completed a Bachelor of Laws at the University of Toronto and was called to the bar in Ontario in 1995.

In addition to his work as a public servant, Mr. Hannaford has been an adjunct professor in both the Faculty of Law and the Graduate School of Public and International Affairs at the University of Ottawa. 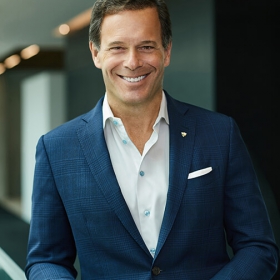 In the sports world, Mr. Cohon earned his exceptional reputation as a former executive with Major League Baseball International and the National Basketball Association. When he returned home to Canada, Mr. Cohon became best known for his leadership as the 12th Commissioner of the Canadian Football League.

Following his eight-year stewardship, Mr. Cohon brought his love of Canada and entrepreneurial passion together, becoming Executive Chairman and partner at the Georgian Bay Spirits Co, one of Canada’s fastest growing craft spirits businesses. A music industry outsider, he was appointed Chair of the Canadian Academy of Recording Arts & Sciences to oversee the transformation of the Juno Awards and the Canadian Music Hall of Fame.

The successful entrepreneur sits on several important corporate boards such as Ryerson University’s tech accelerator, Ryerson Futures, Cirque du Soleil Russia and as chair for Sensibill, a leading Canadian fin-tech company. He has also served on the Board of World Wildlife Fund Canada and is the past Chair of the Ontario Science Centre and Toronto Global.

A graduate of Upper Canada College and Northwestern University with a Bachelor of Science majoring in communication studies, Mr. Cohon is a dual citizen of Canada and the United States, living in Toronto with his wife Suzanne, their daughter and their 6-year-old German Shepherd. 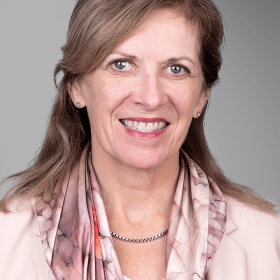 Michele McKenzie is principal of McKenzie Strategies, a management consulting firm focused on business development and strategy, based in Nova Scotia. She has worked for a range of clients including Chemonics International, the Trans Canada Trail, Tourism Nova Scotia, Cabot Links, and the Halifax Partnership. She is a director of the Trans Canada Trail, the Nova Scotia Liquor Corp. and the Property Valuation Services Corporation. In 2017, she completed a one-year Fellowship at Harvard University, investigating tourism development in emerging economies.

Previously, Ms. McKenzie was a senior consultant with the USAID funded Building Economic Sustainability Through Tourism Project based in Amman, Jordan and was the president and CEO of the federal Crown Corporation Canadian Tourism Commission (now Destination Canada). Additionally, she is a former Deputy Minister, Nova Scotia Department of Tourism, Culture and Heritage, and spent her early career as an entrepreneur.

Ms. McKenzie has been recognized as one of Canada's Most Powerful Women - Top 100 by WXN and was named by Hotelier Magazine as one of the 10 Most Influential Leaders in Canada's Hospitality Industry in the Past 25 Years.

Ms. McKenzie is a graduate of Dalhousie University and holds an honorary degree from Humber College. 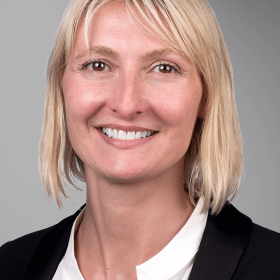 A finance professional by trade, Peggy started working in technology 15 years ago, before fintech was a word. She is a founding partner at Roar VC, which invests in Canadian Data AI startups catering to the financial services industry. Prior to launching Roar VC, she was senior advisor at Portag3 Ventures as well as VP Innovation at CIBC. Peggy has also worked at CGI and BMO, founded 113 Ventures, invested in tech companies, and consulted for large organizations and startups.

She has been involved in the community as head of committee and volunteer for several non-profits, is a board member for Zoom.ai, FrontFundr, Hackergal, the Digital Finance Institute Advisory Board, the National Crowdfunding & Fintech Association of Canada Advisory Board, and acts as an advisor for the AI Fintech Holt Accelerator and Portag3 Ventures.

Peggy holds a M.Sc. and a B.B.A. from the IÉSEG School of Management and is a CFA Institute member. 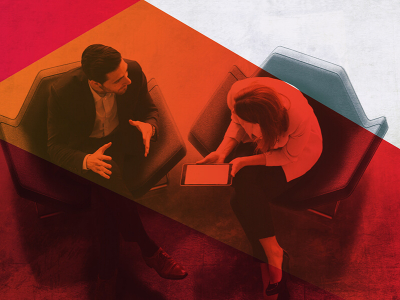