Hydrogen is a key pillar in decarbonizing the global energy system. And the future of hydrogen is in Canada. Canada is already one of the top 10 global hydrogen producers and, with many years of R&D, a leader in innovative hydrogen and fuel cell technologies. Global investors can choose from a wide range of production processes and end uses, including energy for home and industry, and fuel cells for transportation. 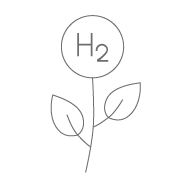 Lowest-cost producer of zero-carbon hydrogen in the APEC region 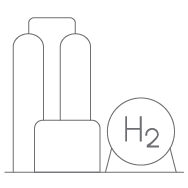 Lowest-cost producer of low-carbon hydrogen in the APEC region

Projected value of domestic market for hydrogen and related products in Canada, by 2050 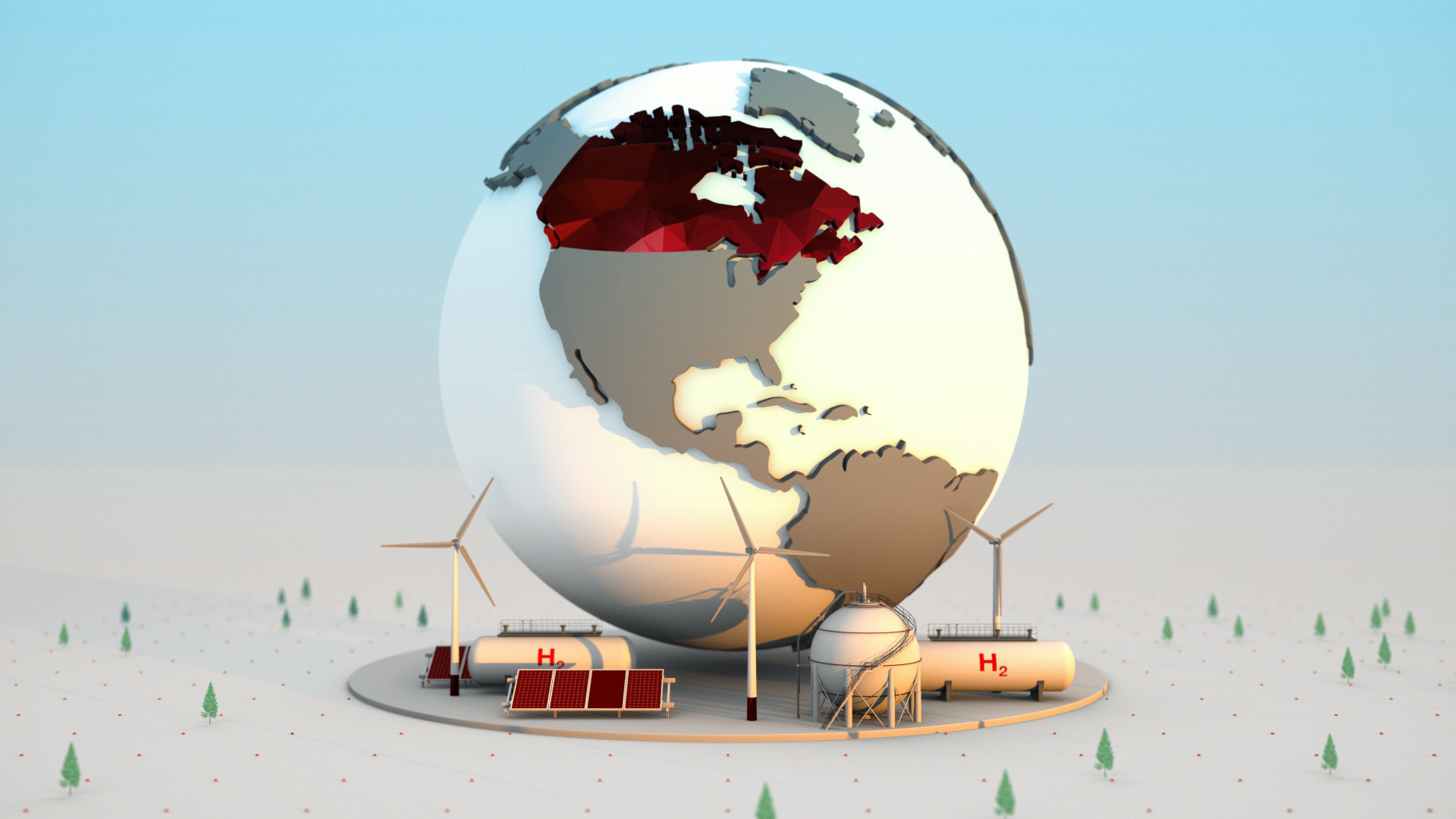 Canada is the place to invest in hydrogen. Learn why. 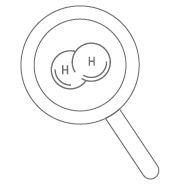 Thanks to years of R&D, Canada is a world leader in the emerging hydrogen and fuel cell industries. Continued growth and success will require a wide variety of jobs at every skill level, which makes Canada’s talented workforce a significant advantage for investors. Expertise in the country’s energy sector spans every level of the value chain, including the many opportunities related to at-scale production of hydrogen and other activities within the larger hydrogen economy. 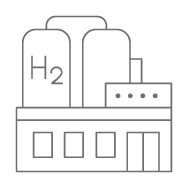 Canada currently holds a strong competitive advantage in producing low-carbon (blue) hydrogen with carbon capture and storage (CCS) technologies. As zero-carbon (green) hydrogen produced from the electrolysis process becomes more cost-competitive, Canada also leads in hydro-electrolysis. Canada is the world’s 3rd largest producer of hydroelectricity, which accounts for 60% of the nation’s total electricity generated. Canada is the world’s 9th largest producer of ammonia, which leverages the efficiency advantages of using ammonia to transport and distribute hydrogen. 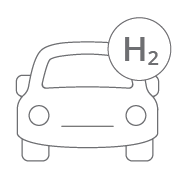 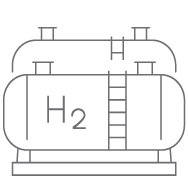 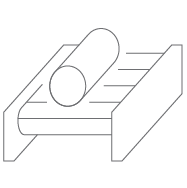 Hydrogen has the potential to completely decarbonize the ironmaking and steelmaking processes and has high scalability. Already among the world’s greenest steelmaking countries, the goal of Canada’s steel industry to be net-zero by 2050 will be led by the transition to the production of green steel, in which hydrogen plays a key role. Hydrogen is being explored as both a heat source and as an input in the steelmaking process.

Canada is well-positioned to become a key international producer of hydrogen used in hydroelectricity, carbon capture and storage, and nuclear energy. As one of the world’s lowest cost producers of low-carbon and zero-carbon hydrogen, Canada is strategically positioned to benefit from taking a leadership role in the transition to a net-zero hydrogen economy. Alberta, British Columbia, and Saskatchewan can produce hydrogen at half the wholesale cost of diesel and have the country’s largest carbon capture storage resources. Quebec has some of North America’s lowest utility costs to drive production costs lower, and Prince Edward Island produces 98% of its energy through wind.

Progressive tax incentives include the Accelerated Capital Cost Allowance: 100% write-off of the cost of machinery and equipment used for the manufacturing, processing of goods and production of renewable energy.

The Clean Fuels Fund acknowledges the need for clean fuels – including hydrogen – to play a greater role in Canada’s net-zero future. It will provide the private sector with cost-shared, conditionally repayable funding to build new, retrofit, or expand existing clean fuel production facilities in Canada.

Canada has comprehensive strategies for hydrogen, including the Hydrogen Strategy for Canada: Seizing the Opportunities for Hydrogen, as well as provincial strategies by Alberta, British Columbia, Ontario, and Québec. Canada aims to develop stronger hydrogen supply and distribution in the next five years through the deployment of regional hubs, the implementation of regulation to attract near-term investment, and the adoption of new policies to reach 2050 net-zero achievements. Medium- and long-term goals include the expansion of fuel-cell electric vehicles for transportation applications, while increasing large scale pipelines for clean hydrogen and hydrogen/natural gas blending.

Norway-based Hexagon Purus announced the construction of a facility in Kelowna, British Columbia to manufacture battery packs and hydrogen fuel storage systems for medium and heavy-duty battery and fuel cell electric commercial vehicles. The site will also be a technical centre for engineering and research and development.

U.S based Air Products announced a $1.3 billion investment for the first phase of a blue hydrogen project in Edmonton. With an aim to capture 95% of its carbon emissions and reducing the company’s carbon intensity to close to zero, the new complex is slated to be running by 2024 and will further establish Edmonton as a hub for Western Canada’s hydrogen economy.

In creating cellcentric, a fuel-cell joint venture with operations in Burnaby, British Columbia and in Stuttgart, Germany-based Daimler AG and Sweden-based Volvo formalized its industry-first commitment to accelerate the use of hydrogen-based fuel-cells for long-haul trucks, and beyond. 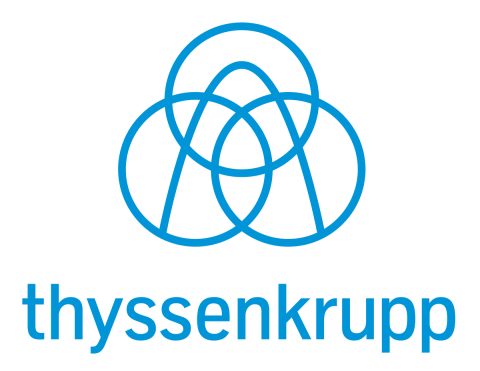 Germany-based Thyssenkrupp was awarded an engineering contract by Hydro-Québec for a joint venture’s Green Hydrogen product division (Thyssenkrup Uhde Chlorine Engineers) to install an 88-megawatt water electrolysis plant for green hydrogen in Varennes, Québec. The new facility will be able to generate 11,100 tonnes of zero-carbon hydrogen per year. 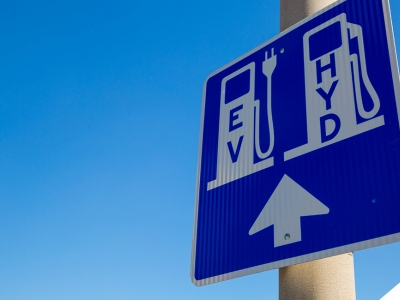 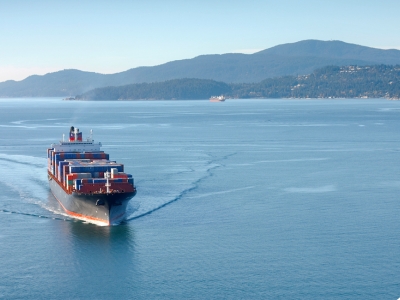 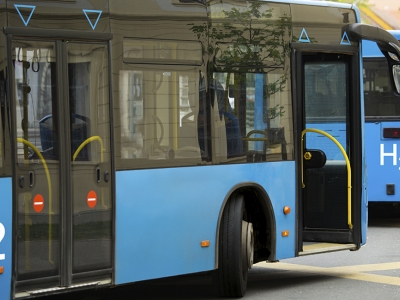